Here is My Story … 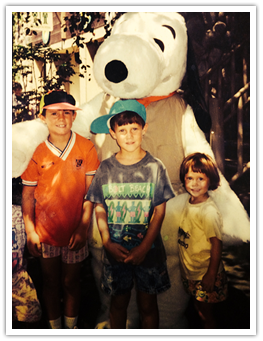 Life started out pretty normal for me as the 2nd of three children. I have an older brother by 20 months (Scott), and a younger sister by 3 years (Chelsea). Southern California is our home, although my dad (Tony) hails from Montana, and my mom (Jan) from Canada. We grew up with all four living grandparents, two of which are still alive and well at the time of this writing. I also have 21 first cousins. 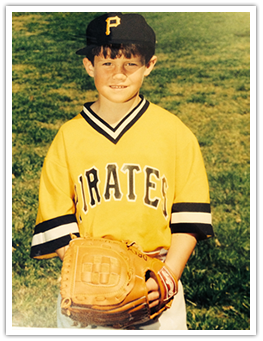 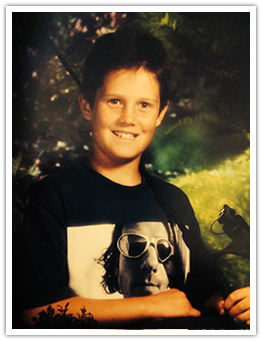 Younger kid life was good for me. I was involved in a lot of different activities, including talent shows, baseball, and golf.  In the 3rd grade I was chosen for the Wella Award at school. This was a special recognition by the entire faculty of the third grader who demonstrated good all-around citizenship and academic achievement. In the 6th grade the other students elected me student body president! It was about this time that baseball practice started for my 2nd little league majors year (this is the age group that goes to Williamsport, PA for the Little League World Series). I was projected to be an all-star and my dad was the coach!

Two weeks after being elected student body president and 2 days after our first little league practice, my world would change forever. I somehow contracted bacterial meningitis and ended up in a coma at Long Beach Memorial hospital in their pediatric intensive care unit (PICU). In the first 25 hrs they had intubated me, done an MRI, performed a T4, T5 laminectomy to relieve an abscess on my spine, and had me in a hyperbaric chamber. 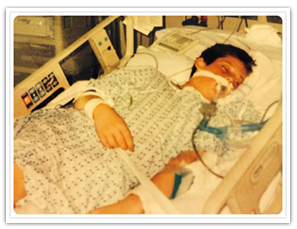 About 10 days into the coma my kidneys were failing and the doctors told my parents that I would likely die or be a vegetable on a feeding tube. They were facing some pretty tough decisions of whether to begin dialysis and other drastic measures, or just let me go. Letting me go is what the doctors said they would be doing if they didn’t act, but God had other plans. 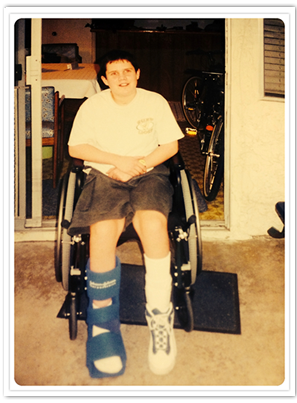 People in 13 countries were praying for me, including three wonderful women who spent more than 4 hours in the middle of the night by my bedside in the intensive care unit. I would love to find the caring and faithful nurse who, against the rules, let them stay from about 11 PM to 4 AM. Over the next couple days I started to recover my own kidneys and gradually became medically stable. The coma lasted almost three months, but I was alive! I want to publicly thank everyone in those 13 countries, and especially my parish community, and the three women prayer warriors and the nurse who allowed them to be with me throughout that special night. God bless you all!

Coming out of a long coma is not like in the movies where you just wake up one day and say “gosh, what happened?” It is more like gradually coming out of a fog and grasping reality one little piece at a time. I don’t even remember most of the transition but have been told it was quite a process, some of which involved foul language that I don’t recall ever using before or since, and was a little ugly. It was only a week before I went home that my dad convinced me I was actually in the hospital, and also when I was fully aware of the reality of my blindness and hearing impairment.

I was able to return home after about four and a half months in the hospital, five weeks of which were in the PICU, and nearly three in a coma! I was still so weak that I couldn’t even sit up by myself, much less stand or walk. A bowel rupture and resulting lower abdominal infection had damaged the nerves to my legs, more on the right. I had to wear rigid ankle braces and gradually stretched out enough to begin trying to stand up. I was involved in physical therapy for seven long years, and owe a great debt of gratitude to my therapist, Mark Klem, PT. We remain good friends today and still get together for a shopping day and to catch up every Christmas season.

Things were also still a little rocky medically as I had ruptured a bowel, caused in great part from the fluid gain while my kidneys were failing early on. It took about 8 months for the inflammation to die down enough for the doctors to go in and repair it. The repair involved cutting out about 18 inches of my colon that included an important valve between my small and large intestines. It is all healed up but some medical management will continue for the rest of my life.

I had missed half of the 6th grade, but my parents and the school district decided to just start me up again with the 7th grade curriculum, with the addition of Braille. A teacher came to my house that year and I had school at my kitchen table. I would have much rather been on campus with my friends. By the 8th grade I was strong enough to return to school, but was still in a wheel chair. Life was sure different, but I did manage to lose the wheel chair sometime during that 8th grade year!

High school and college were certainly much different as the campuses were progressively larger and we changed classes several times a day. I had a one on one aid who took notes and made sure I got where I needed to go. The big difference between high school and college was that, in college, I had to find these support people myself. I also had to arrange rides to and from campus. It was a journey filled with great focus and effort, and I am very proud of my Degree in Sociology from California State University Long Beach! 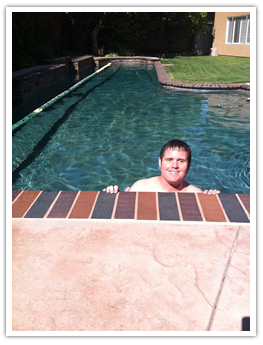 A significant thing happened in high school when I was reintroduced to swimming during an adaptive PE class. Having been an athlete and now not able to do any type of sport, finding out I could still swim was amazing. In the spring of my sophomore year I was able to actually join the swim team! I wasn’t very fast and I needed someone on each end of the pool to tap me on the shoulder with a tennis ball on a long stick when I approached the wall, but I was part of the team! I can now swim long distances in the pool with relative ease, and have even done some open water ocean swimming. I plan to do more out in the open water but there is significant planning and expense that goes into something like that for me, and I don’t have a timetable on it yet.(Drew and Henry after pier swim – Henry is a Huntington Beach Life guard) 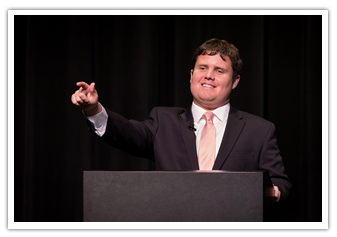 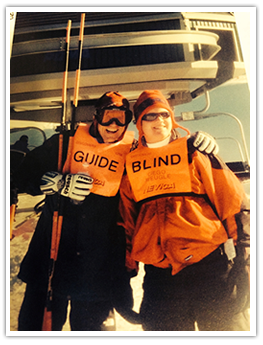 Sometime during this college season I began to realize that I enjoyed public speaking and that I had a story to share. God had blessed me with a strong faith and the knowledge that He has a special future in store for me. It has become clear to me that sharing my story and encouraging others to meet their challenges head on with no excuses and a positive attitude born of a heart filled with gratitude, is an important part of that special future. It is the “heart” He has given me. Please allow me to share it with you and your audience! 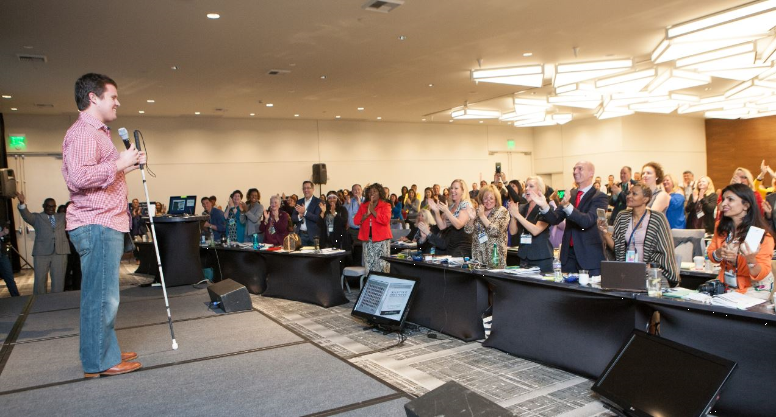 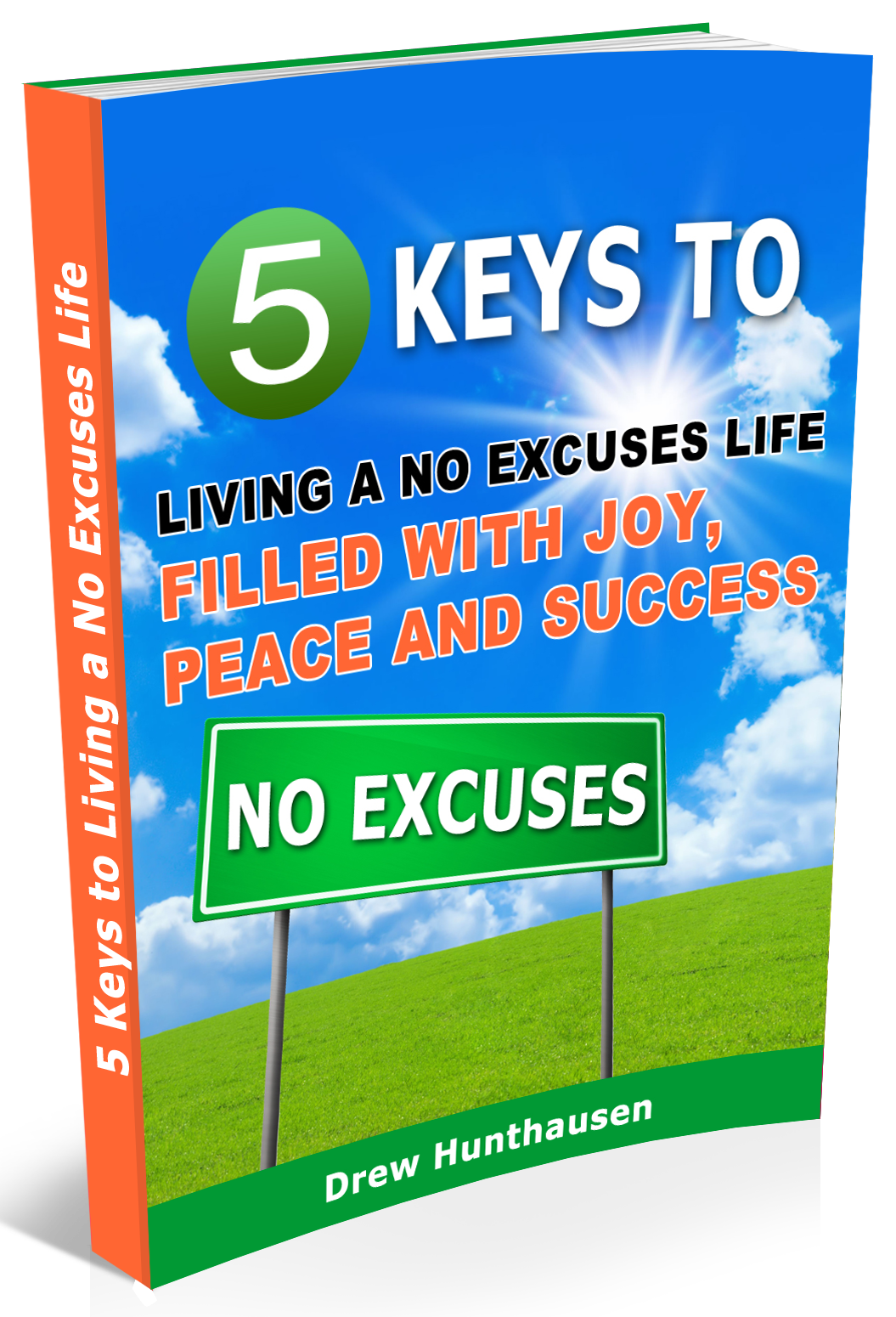 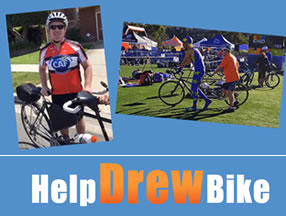 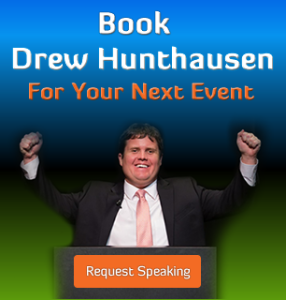 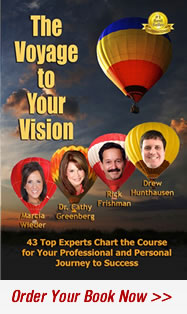