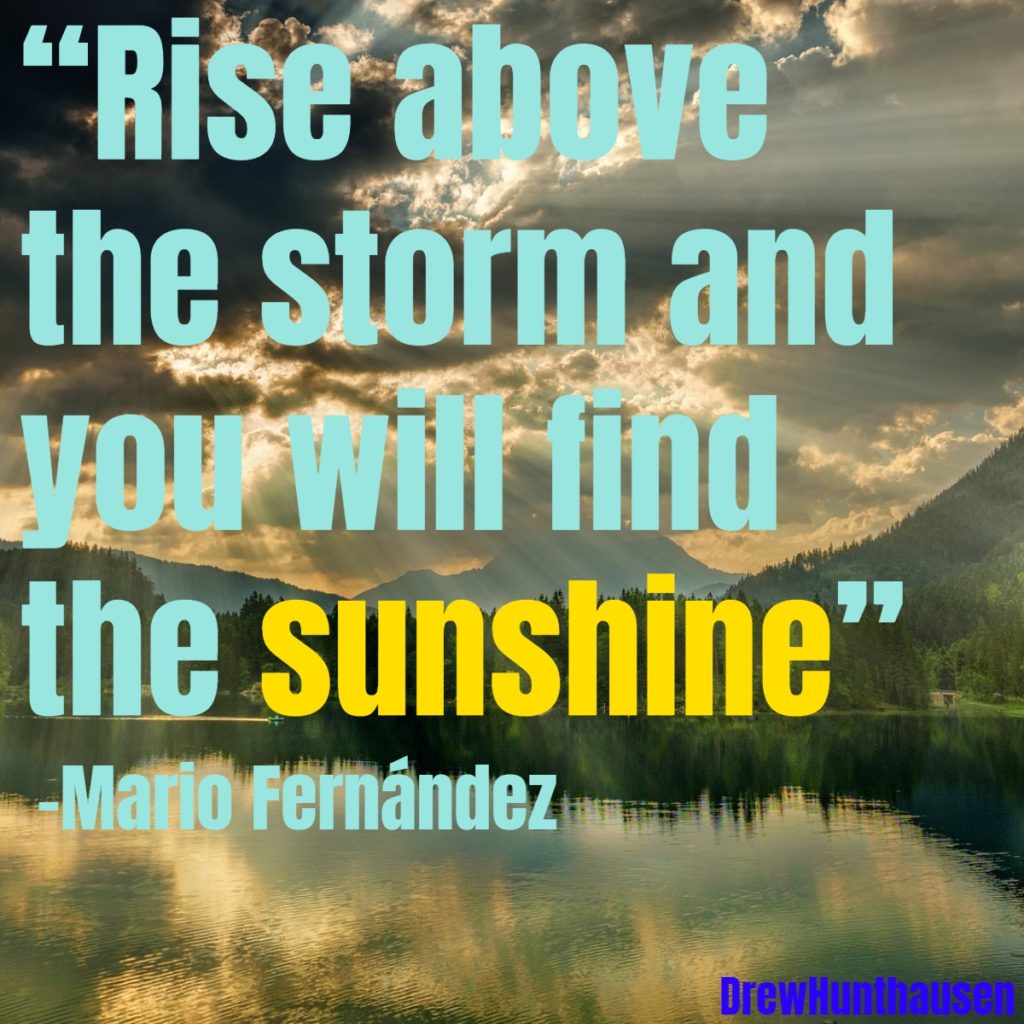 It was nearly 2 years ago that I participated in my first triathlon. I can remember walking with my guide, Daniel, across the sand to get ready for the swim. I was terrified and excited at the same time.

The race director was warning everyone over the loudspeaker about how large the waves were, and that they could opt out of the swim portion if they weren’t experienced ocean swimmers. This was truly blind faith and incredible trust as I prepared to take that plunge into the water. Each time the race director mentioned the big waves, my excitement fell a little, replaced by apprehension and fear. My once soaring attitude was plummeting, even though I knew I was going to do it no matter what.

Because it was our first time racing together, Daniel and I hadn’t talked about signals or how we would communicate when a wave was about to engulf us. For example, a big tap on the shoulder could have meant “dive under now!”. We of course did think about it later but, as we all know, hindsight is 20/20.

We entered the water, and before I knew it a wave hit me straight in the face. We kept walking out, but because my ears were plugged, and the noise of the surf was loud, I couldn’t hear Daniel’s verbal instructions. I was fighting not to cry. We had just started and I was already wondering if I could really do it. Thoughts of failure almost paralyzed me.

Slap! another wave hit me in the face and I swallow a bunch of saltwater. I was scared and that fear was growing. I was almost ready to turn back as my eyes threatened to burst with tears. I wanted to just give up. This was a lot harder than I thought it would be.

I’d done a bunch of ocean swimming before, but never in surf this big. Even though I was tethered to Daniel, the feeling of having trouble breathing and maybe almost drowning, was overwhelming to this blind guy who couldn’t see any of it. Somehow we continued out as a third wave smacked me, and then a few more strait in the face as I continued to take on saltwater.

Just about when I was truly ready to give up, my guide shouted into my good ear that there were no more waves! We had managed to get past the breakwater! I had somehow gotten this far, and my fear was beginning to subside. I had made it past the rough waters and calmer seas were in front of me.

The truth is that the calmer stretch was still quite challenging, but it didn’t seem so bad after we had tackled the huge waves on the way out. I later learned that about a third of the participants didn’t even try the swim, or they turned back, unable to get past the breakwater.

Think about a time in your life when you experienced turbulent and difficult waters. Has there ever been a time when you thought about giving up on a goal or a dream and turning back to a “safe” place? Maybe you are in one of those times right now. I want you to know that when you persevere with persistent effort toward a goal you have envisioned and prepared for, never give up, because smoother waters are ahead!

My friends, life is a journey with numerous waves, big and small. We can’t know what the future holds, but we do know who holds the future. With the right attitude, born of an abundance of gratitude, and the help of others, we can endure any storm. Getting past the waves of life might be tough at times, but when you do, you will experience the calm waters and find the sunshine, knowing that the best is yet to come!